Learning A Little About Orlando, Florida 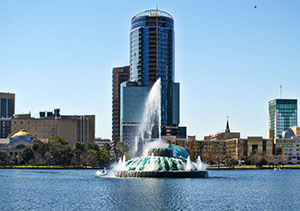 While Orlando isn’t the capital of the state of Florida, it’s a city that almost everyone knows about. The city is one of the larger cities of the United States and known as the ‘Theme Park Capital of the World.’ But besides theme parks, this city has a lot to offer the people that come to visit it in both the people and other attractions that it holds.

Besides diversity of races, Orlando has a large LGBT community. The city is often recognized as one of the most tolerant in the Southeast. The city throws several LGBT events and has had many LGBT officials.

The history of Orlando, like many other places, is full of ups and downs that eventually led to the Orlando that we have today.

Orlando began officially existing as a town in 1875. However, about twenty years before that, Orlando was where Florida’s Orange County was governed from. During the time that Orlando wasn’t a town, the area suffered during such events as the Civil War. During that time, the area specifically suffered from the United States’s naval blockade of the Confederacy. After the Civil War was over, the area had a population increase that led to it becoming a town.

The town eventually became a city in 1885. The area had become the state’s citrus industry hub, but in 184, a freeze took over the area leading to a shift of land holding in the area. In the 1920’s, Orlando began to build out creating more and more neighborhoods. But after several hurricanes and the Great Depression struck, the city slowed down it’s building of new neighborhoods.

Two events that probably put Orlando on the map occurred in 1965 and 1971. In 1965, Walt Disney announced plans for a new theme park in the state; and in 1971, the new park opened. Both of these ushered in boosts to the economy and a population increase.

Now obviously all of the theme parks that are located in and around the city can be considered points of interest, but Orlando has a lot more to offer than just theme parks. If you’re looking to go to Orlando, then here are a few other places to go when you’re in the city.

Located in the Disney Springs area, this is a perfect place to see a show. While it is located on Disney property, the shows here are separate from the parks in the area. This means that you can get out and see a cool Cirque du Soleil show without having to go to the Disney parks.

Since it’s Florida, there had to be one theme park on the list. However, this theme park is an indoor theme park. This theme park is all about testing your knowledge and having some hands-on fun with some science. The hands-on nature of all the exhibits inside makes this a great place to take a family.

While it’s not a single location, downtown Orlando certainly should be on any list. Because there’s so much to do there, the city put together a guide for the area, including some of the best attractions, best hotels, best food, and a small map of the area so you can see where some of these attractions are. There’s a ton of stuff for people of all ages to do in downtown Orlando, so no matter what kind of fun you want, you’ll be able to find it in downtown.

On the Southern side of town, the Lake Nona area is a newer neighborhood that was originally going to become a large golfing area. However, the area is now full of housing for people with a range of budgets. There are luxury homes in the area, but there are also townhouses and such. Although the area isn’t quite the golfing mecca that it was originally imagined as there are several golfing events in the area that are quite popular in the golfing community.

The city of Orlando is so full of life and things to do that even if you don’t want to live in the city, visiting it has to be on your bucket list. The city boasts not only many of the most visited theme parks, but plenty of other attractions for people with varied interests. There are tons of great shows to go to and plenty of good food for you to taste. Because of the great diversity, the culture is full of intersecting ideas and celebrations. There is something in this city for everyone, but you have to get here to find it for yourself. 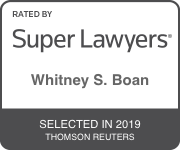